I saw two movies this weekend, Tron and Hellbinders. No, I’m not recommending you go out and see them. Why? because they both sucked. Oddly enough, they sucked in completely different ways for different reasons.

TRON: Legacy
Great Special Effects
Some well thought out devices on the Grid.
Lots of great acting, well delivered lines, believable characters. Even the side characters had a lot of life to them.

Hellbinders:
The lines they gave the actors were beyond bad. The acting itself went from mediocre to bad. The buddhist monk was probably the only believable character, though the “Soulless” killer (Ray Park) was terribly fun. But heck, even he wasn’t sure about the plot. “I’m only in this to save my friends…well…I guess they are my friends, not like we like each other or something, but they are as close as I’ve got.” Umm… wow, deep motivation to sacrifice your life.

This was the epitome of low budget. The desert was a California beach. The warehouse was used for two unrelated scenes, the same four rooms were used for everything. Besides some spraying blood, it really didn’t do a lot of special effects. Oh, a pile of guts fell out of one chick when she was sliced open…

Yeah, I drank a beer and a double of rye and had my wife laying across my lap. That’s a 4 shot ranking. Doesn’t get any better (worse) than that.

TRON:
Plot? Um, the evil (ish) program is going to invade the Earth through a machine that would be lucky to output one at a time if the power was on … oh, and they don’t have guns, just worthless (on Earth) disks and pointy sticks. Yeah, shortest lived invasion ever.

Action got a bit dull. Throwing, shooting, zoom zoom. Ok, its a video game, sure it plays well.

Basically, it fell apart about 1/2 way in and nobody could figure out how to save it. So it cruises on relying on action sequences, character growth, and developing love interest.

How? Oh, our old hero could stop the bad program at any time, but it would probably kill him. SO, he lets the villain kill off an entire species. Complete genocide. He saves 1.  Sorry, I rank  your hero status as ZERO.

No plot, no science, no reasonable trail of events. Just action – character- and very nice acting.

Oh, I’d probably have liked it a bit more if I had broken into the Rye last night. I frankly gave it 2 shots at the time, but probably would have gone 3 if it wasn’t a school night. Sadly, I really loved the original TRON, and the Legacy makes me weep for crappy plots and half-assed writing, even when led by top actors.

PS: I also watched Hoodwinked II. Not as good as the original. Fun and stupid, bring a date or bring kids. 1 shot.

Two bits before I get into the news.
1) I am a professional modeler. Mostly Solar – Van Allen Belt models, but there it is. I know what it does to me when someone comes out with a new model. (Case in point, there are new Tsyganenko models of the Earth’s Magnetic field that I need to get integrated into my models. OUCH)
2) This is a late Thursday info bomb. Usually they drop bad news Friday at 5 pm, so this shows some seriousness from the Register.

CERN: ‘Climate models will need to be substantially revised’

The first results from the lab’s CLOUD (“Cosmics Leaving OUtdoor Droplets”) experiment published in Nature today confirm that cosmic rays spur the formation of clouds through ion-induced nucleation. Current thinking posits that half of the Earth’s clouds are formed through nucleation. The paper is entitled Role of sulphuric acid, ammonia and galactic cosmic rays in atmospheric aerosol nucleation. 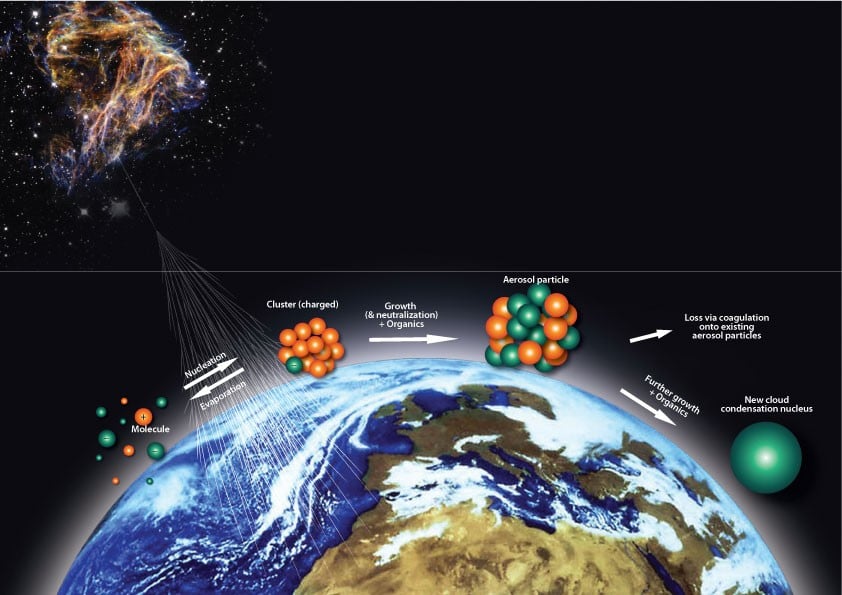 Now, seriously, I don’t know jack about climate models. I know what I can prove with a model, but I know that most modelers really just want to get a grip on the real-world situation. Having more data is better than having none, and none is where they were. Does this move things forward or backward? No clue, but I’m glad to have them finally recognizing some simple solar and GCR physics. Makes me happy, anyway.

Our Director, also known as Evil G –  He will be present at Dragon Con 2011 hosting the Evil Geniuses for a Better Tommorrow, whether you like it or not, recruitment drive and Bake Sale. Always fun.

I just spend three days at a military conference, those of you I met there know of what I speak, those who ain’t “in the know” well… we probably shouldn’t say too much anyway. I learned a ton, I hope I found a couple job opportunities, and I hope some of my new friends and acquaintances have made their way here.

1) Going to be working on Satellite Tool Kit models. If you have any experience there, give me a holler. Mostly going to be re-writing some FORTRAN and updating it. (No, not to a different code, just better FORTRAN.)

2) Not going to Dragon Con, but if you are, send me some pictures of costumes, ideas from your panels, or what not. Doesn’t hurt to get some excitement going before the big event.

Here is what Titan looks like,(photo below)  not terribly exciting. Until this week, when a giant white cloud appeared. (next one down.) How odd is that? They say that there is some math that shows this is a property of a reflected wave. Umm… sure.  Maybe. VERY weird. Also: More news of the “Higgs Boson.” The energies and the test really don’t reveal much, but the attitudes of the scientists and their description of the “particle” tells me that they have finally moved away from the Higgs Boson. The original “aether” field had been neglected since Higgs proposed it, and physicists preferred to discus the particle which caused the field. This Boson somehow goes about generating mass through interactions between its field and other particles.

In this fashion, we hope to determine how energy is stored to make mass.  Calling it a particle, even a Boson, is just leading to confusion. It is more a direction than an object. More easily understood as a bond energy between Quarks than as a direction in 9-space…but yeah, the deepest understanding of the “boson” will be in dimensional depth. Somehow there is a direction in which you can pour 1 quart (*heh*) of energy linearly arranged in 1 dimension. Or a TeV quark or something like that. Of course, examined in 3-space we can only see the products of … tipping it out and looking at it on the floor. Kind of a messy approach, but that is collider physics. Still, progress is being made. String Theory may not be good yet, but the ideas from String Theory are slowly eating away at the Standard Model. It should look radically different in my lifetime.

Ok, Books review. There are several authors and books I have been trying out lately. Here is a short list of the ones of interest. Sadly enough, this doesn’t even cover July, I go through most of a dozen books a month. I’ve included book covers or book art with each one. I hope my ratings are usefull, feel free to comment on any of this. Oh, I read them all on the nook, so if you are still in paper, I’m not sure what you find in the store.

The Princess Bride : William Goldman
Genre: Fantasy Stars: 4/5
Yes, it is as good as the movie. go ahead and read it. The author asides are actually very interesting as well. I was as fascinated with his life and the making of the movie as i was in the book, which essentially is the same as the movie.

Kraken: China Mieville
Genre: Urban Fantasy Stars: 3/5
Look, this really is good writing, but it can be a bit tedious. You really don’t LIKE a lot of the characters. Some characters you really despise are good guys, some you like are villains. Some you hate are villains as well, which is good. Some are mysterious for no damn good reason, and some just cuss a lot. A LOT. Extremely British. The plot does make sense in the end, though not while reading it. Look, I’m considered a genius at twisted plots. This book contains several twisted plot elements that will take some thinking. I like that a lot. 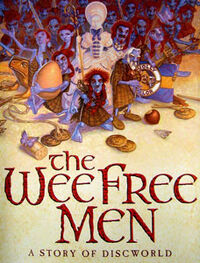 John Carter of Mars: Edgar Rice Burroughs
Genre: Science Fiction Action Adventure Stars: Lord, how do you rate your childhood? 4/5
Look, John Carter of Mars is a cliche’ these days…but it was original once. When I read it 30 years ago, they were cool and interesting. Heck, still probably cliche’ then, but I didn’t know what that meant. This is the core of the science fiction action adventure novel. If you haven’t read them, you should. 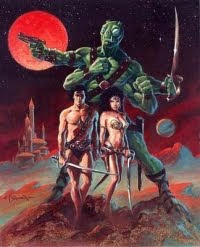 Zero History: William Gibson
Genre: Science Fiction Stars 5/5
This is a damn good book. It never really exploded off the page, but it never stopped being “real.” This isn’t the future, it happened today, yesterday. The book is more a social deconstruction than anything else, a social science paper run amok. Loved it.

Matter: Iain M. Banks
Genre: Science Fiction Stars 2/5
I still recommend everything written by Iain M. Banks, including this book. However, this is probably the “least good” of his Culture novels. It has its high-points, but I could argue about something in every chapter. He just didn’t give this one the thought he gave previous novels.

The Windup Girl: Paolo Bacigalupi
Genre: Science Fiction Stars 4/5
Paolo previously gave us a Steampunk novel, this isn’t one of those. His love of period pieces is clear in the development of 1970’s Thailand, in the future. As long as you understand that a lot of the “future history” constructed is to get you back to Pre-industrial Thai, well, it gets you there. The science fiction takes a point in our future not terribly far from today, and posits some interesting possibles. Absolutely solid science fiction. Very much worth reading, I recommend it solidly. 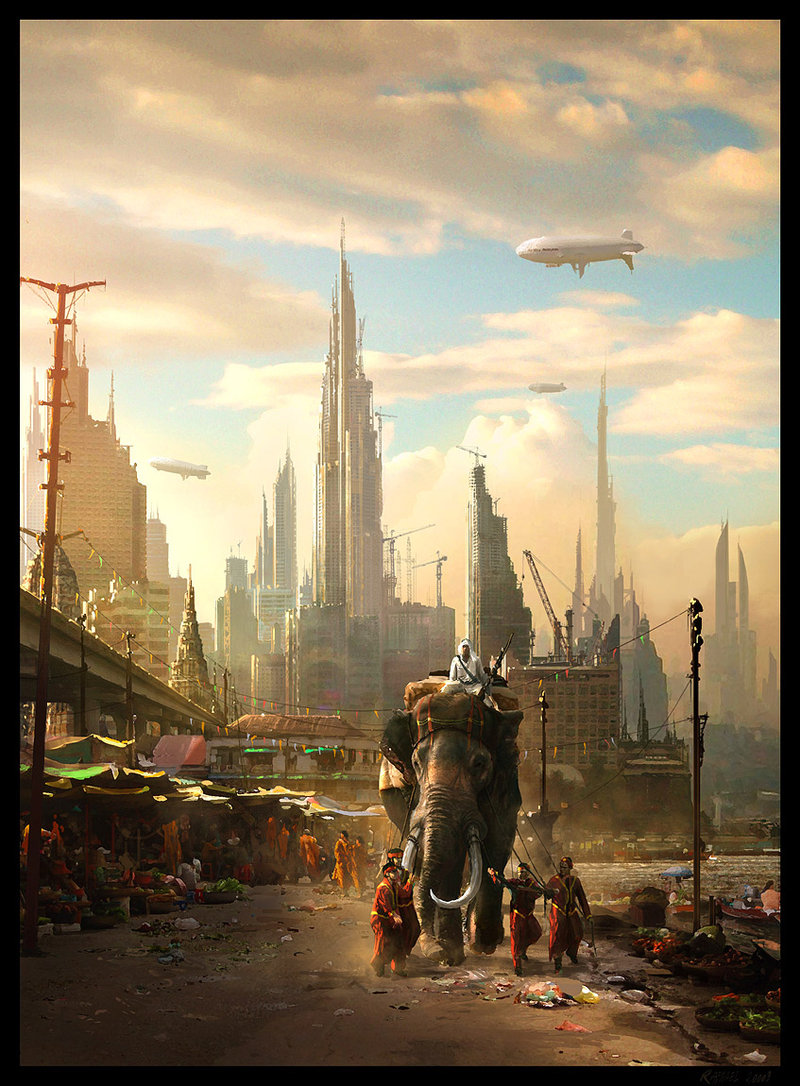 Ok, I’m back at work. I’ll try to get back to blogging this week. Very busy week and a lot of interesting science accomplished. I have got to find the photographs from Las Vegas and I’ll see if I can get Megan to shoot me her photos from the lab.

Sorry for being a poor writer the past month. It has been the summer of busy. Last weekend was Beggar’s Rebellion, an SCA event I hosted at a local Girl Scout Camp. Below are a couple of Valarie’s photos of me running the fencing competition. It did involve rubber chickens – not a very serious event. Much fun was had by all. (oh, and my ginger beer was deemed good.) (2 pictures of fighting below the fold.)

Sorry everyone, I apologize for the 2 week break, but Summer is a rough time in this business. I just got back from Vegas and I have to run to Auburn. I am between conferences and tests and reports due all month. I hope to get back on-line in Auburn and write something down. I hope that one of my co-bloggers has some time to spend out here. I’m … full up… pretty much every day.

Thank you for your continued support. I’ll get some pictures up here Monday which may include: Beggar’s Rebellion, Testing at Auburn, or Zombies from Zen. I have no idea, but hopefully I’ll find something worth posting.

Or science, it could happen. Haven’t seen a lot of it lately, but I’m sure its out there.