NASA Marshall, my local NASA group. Has been getting some work done. It is a nice little lander. (See video)
Meanwhile, NASA out at JPL is launching another rover mission to Mars. I don’t know which one is more interesting, but it does show that NASA isn’t completely dead. Stephanie Osborn has come out with a new series. At Speed just showed up on the shelves, electronic shelves, and I bought that for my Nook. (I see less and less of the bookstore these days.)

Now, as a point of conflict, I know Stephanie personally. She is one of the Huntsville locals, and part of the Science/Sci Fi team which includes several PhD physicists, including (TV’s Redneck Rocket Scientist) Travis Taylor and a few of us notables (multiple science degrees 15+ years experience). Simply said, I’ve known her for years. But, this is an honest review because she asked for it.

Long Review: While I enjoyed Burnout (Steph’s first novel), her development of inter-personal relationships has grown immensely. I’m not a fan of romance, but her characters choked me up on a few occasions. Good stuff. This is NOT a military sci-fi. This is a spy novel, using the two-person mystery solving team, in a modern setting, with strong romance and science fiction elements. Sci Fi/ Mystery/Romance

The science involves development of a multi-dimensional object, which effectively forms gates across time or alternate dimensions. Feel free to argue her tesseract math, it is reasonably sound given the concepts she outlined in her book. Even more so, this is a major project with all the trappings of real-world science. (including paperwork.) Yes, the science is as accurate as anything in science fiction. (I know, low bar.)

Frankly, her most reasonable science for the amateur is medicine. Look, I absolutely hate a hero who runs a marathon with a bullet in his lung. Come on, a broken wrist is a show-stopper. Ribs? ok, I’ve run and fought with displaced ribs, but it hurts and recovery was months. She takes beatings seriously, no teflon skin or magic internal organs. As a man who takes damage for a hobby, I really appreciated her medicine.

Her one dime-store aspect: Sherlock Holmes is real. But hey, infinite possibilities and writers receiving inspiration from them is a science fiction tradition (Certainly since Heinlein and Number of the Beast). The character of Holmes, and Chadwick are well developed and make an interesting pair. Frankly, most of the characters are given a decent treatment, but there are rafts of them, Colorado Springs itself is one of them. I love the area, may move there myself someday, and she treats it very well. I think I fell in love with her ranch, and wouldn’t mind spending a few more days there.

Honestly, the series feels complete in two volumes. However, I would shell out the cash to follow the characters around for a few more days of mystery solving. Good Novels, worth the read.

Sorry to be posting so irregularly, but life has gotten busy. Lots of job interviews and about half way through the novel. Moving along nicely some days.

A couple things to think about.
1) I really could use a viking ship… 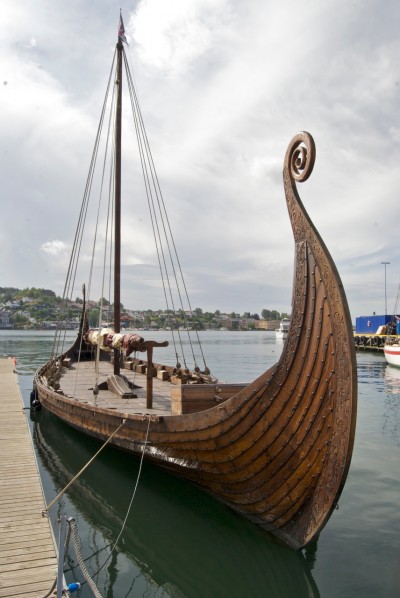 2) A cool article with lots of Easter Island links on Mental Floss. Yeah, I knew they had bodies and hats, but I had forgotten a bit just how big the things are, and how cool it all is.

Something a bit off the fun track, the EPA is working to institute some rules to essentially make coal burning much harder. The rules will include CO2 limits on coal burning… Look, this is crazy. They have created this concept called “clean coal” which I could get behind, but they are requiring existing plants to all have this technology added. They know it can’t be done, so they are expecting to shut down more than 10% of the US generation capability, with nothing NOTHING prepared to take up the slack.

Why? because of Global Warming. They believe that they can become climate heroes by stopping the generation of 1% of the worlds CO2. They will probably get a noble prize for Useful Idiocy.

The Fact is, no power has a level playing field. Coal has a lot of history which makes it considerably cheaper to mine (long developed technology), transport (US developed its train system around transporting coal), and burn (most plants developed under wartime bonds.) Coal is INTENTIONALLY the cheapest power on the planet. It is a great way to get a country off the ground…we should probably switch to nuclear now. Solar or Wind? Might be effective for small scale commercial and residential needs in some areas, but unlikely to handle any piece of industrial needs.

Coal, Oil, Nuclear … these are intense sources of power we need to remain competitive…and other countries need to stay alive. Making coal pay more, ok, so that just costs me money. Right now, there are a lot of people who are in worse shape than I am … and I am unemployed. I can’t see that this is a good time to double our power bills.

Double? Yeah, don’t fool yourselves, when they talk about a small tax, they know better. They are trying to raise the inherent costs of Coal by at least 20% (carbon tax) to as much as 200% (carbon sequestration.) Assuming some mix of these costs get applied this year, we will be paying double by January. To keep out the rolling blackouts, we will move to a Natural Gas economy, then likely nuclear, as carbon sequestration hasn’t been tested or approved for general use. Over the next decade, we’ll all be paying closer to .25 per kw hour, (it would be $1.00 if they got to use solar) so expect an average home (2000 kwh/month) to be costing $500/month utility bill. 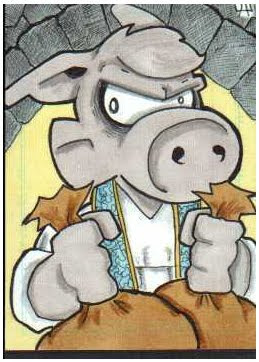 Near miss yesterday from YU55. It missed us by 200,000 miles. It is a good thing that YU55 was going to miss us anyway, cause there not dang much we could have done about it. If it hit the Earth, well, we would all be dead. Pretty much everything would be dead. It would very likely kill every living thing on the planet and most of the ocean-based life. Sure, plants are pretty good at surviving firestormes, after a few centuries the Earth would be green and blue again… Fish, trees, and bugs. I wouldn’t bet on anything else. Sure, last time rats made it through (or some kinda weasel thingy, but a rat) and somehow birds got through. Maybe they’ll go two for two. People, yeah, um… notsomuch.

Nah, in reality the universe performed the first comet strike as a “Made for TV” moment where a weasel took an egg into the depths of the caves looking for shelter from dinosaurs, after the explosion he was too shocked to eat the egg, and suddenly it hatched! They had a wacky friendship that resulted in the unlikely event of repopulating the earth… ok, two caves – one with the girls and one with the boys… oh oh, I can’t forget the wacky GAY weasel … ok, horribly idea for movie. (They already did it, didn’t they.)

MOVIE TIME!
I thing this JPL production is a little weak on plot, but a lot more watchable than a gay weasel.

Does Nuclear Power cause Mutation? A very interesting question, really, and I’m not being silly here. Mutation results from changes in DNA (rarely), changes in Gene (frequently), and from problems in the womb or egg (all the dang time.)

I’m not going to go through the proofs of this, but I have been shown that Clones of cats, with the eggs placed in different mothers, didn’t look alike. Mostly stripe and minor color changes, but this is standard mother-gene additions to their young. Children born to women with radiation exposure commonly have womb effects, including poor growth in a limb or damaged organs. These are similar to drug exposure problems.

I won’t talk about the non-DNA gene stuff. It is amazingly important for explaining racial differences, size, and many other aspects which we thing of as DNA linked. Possibly even sex and gender issues. No clue, lets go on to DNA.

Changing your DNA does not lead to your children (or you) having super powers. Changing DNA, good ole evolution, appears to not work on any “short” timescale. Like 10,000 years. Most DNA sequence changes have to be in areas which don’t cause instant fatality….cause most of them just kill you. Children of parents with radiation exposure just don’t get born. By and large, messing with DNA in female eggs or male sperm just doesn’t result in viable embryo, or viable development, or… life.

OBVIOUSLY, it is possible to generate DNA mutations…or we would still be fish.  BUT, its apparantly harder than all that. MOST evolutionary changes are “tried and true” changes which worked for the dinosaurs. Frankly, our belief that we are the first intellegent creature is as crazy as believing the deer was the first creature with horns growing from its head.

What caused a 3-eyed fish? No idea. It looks like a mutation, but it could be a simple developmental flaw … for example, if the fish had other duplicated organs, the eye could belong to a repressed twin at the egg level. Or it could be a true, and even viable, mutation.

If the power plant was poisoning the water, we would see dead fish, fish with poorly developed organs. Bad immune disorders leading to mass die offs are common. Radiation poisoning is similar to many other kinds of poisoning. If the animal is healthy, likely that wasn’t the cause.

Fukashima has been in the news lately. They should have primary clean up and cold shut down completed by December. They have to reprocess a LOT of water, and remove the spent fuel from the reactor. But basically they have come to a steady and safe state. Oh yeah, just want to run over the statistics again, Fukashima saved hundreds during the Tidal wave, as it was considered a safe place by the employees. Remember 10,000 people died from that Tidal Wave. Fukashima 1 – Tidal Wave 10,000.

The reactor is expensive to clean up. Yep. Got it. But before anyone tells you about radiation release, as them how much coal and fuel oil was washed out to sea. Do they know that those are mildly radioactive? Certainly they are poisonous. Hopefully not too many batteries were washed out, those are freaking deadly.