Not sure that this is an actual improvement over “what does the fox say” but it is funny. (and I can watch mechs blow sh*t up for hours.) Always wanted a mech…

Speaking of which, I looked into Carlos’ page Neogentronyx and he hasn’t done much the last couple of years. I have high hopes of an hydraulic, 6-wheel mounted city defender. (It’d be a hoot at Dragon Con.)

Affordable Care Act or Obamacare
I saw these numbers online, I thought people should see them. Educate yourself.

I’ve got a family of 4 in Huntsville, (madison county) Alabama. It looks like I’m right down the line on Obamacare. As I told people a few weeks ago (and they said I was crazy) this cost us about $300 a month more than the plans the previous year. I think that is probably about average for un-subsidized. So, this is the tax. $3600/year. I guess that is reasonable. It is a bit less than my annual charity, but … frankly will soak up a lot of my charity money this year.

Again, you can say Required Health Insurance is reasonable or unreasonable. Not playing that game. However, the cost is being denied, and shouldn’t be. Perhaps embracing a tax which will run a solid percent of people’s salaries is a bit hard to do politically, but we can at least stop pretending that denying taxes is anything but politics.

Research shows ‘endowment effect’ is not present in hunter-gather societies

Nope, it is about a property that they would like to show is a signal of irrationality in human societies, which really just shows that these social scientists are really clueless – nearly as  clueless as those. Hard to imagine that they still let people get degrees in Social Science.

When you – or a person you know – own an object, that object acquires an “endowment” which improves or reduces its value in your eyes. This is the absolute mark of status, which is core to every society known to man. Somehow, tiny hunter-gather societies have no such status markings, or the fact that they share everything wipes away accumulated status too quickly for any measurement.

Heck, just the fact that I own this website makes it cooler. Just so you know, you were thinking about my endowment. *heh*

Look, the next time you say you have to take a “Piss like an Elephant” you may want to know that they have three feet of hosepipe, a solid 4 inches in diameter. Human hosepipe isn’t particularly long (despite what you might believe) and the internal diameter is measured in millimeters – I’d ask my brother if I cared deeply, he is the rocket surgeon. I’m not. But, apparantly we have a bladder emptying time which can be related to all other mammals by the formula.

So a racehorse – who masses four to six times what a man does – only takes about 1/3 longer to urinate. Essentially, when your stream is 30% longer and stronger… you’re peeing like a racehorse.

They included this video and I clicked on it to my … horror. I just thought that this qualifies as an Ambush Video. Some friends of mine have posted them in the past, “oh, look at the lovely forest” and then a ghost jumps out at you. AMBUSH. Well, this is a science video – k? just try to be adult about it.

Some Example Apocalyptic Scenarios Given by Environmentalists Requiring Government Intervention

Taken from Forcastingprinciples.com and The Ultimate Resource 2

I think the “global environmental apocalypse” movement really got its start with Silent Spring by Rachel Carson. I read the book in elementary school and was really affected by it. I wanted to save the environment from the evil, exploitive, corporate world. Those villains would kill people just to make a profit!

So I learned a couple lies. DDT gives people cancer and DDT kills bald eagles. Worst, it turns out that Ms. Carson knew that these were lies when she wrote them, but preferred to make her case the best way she could. Lying.

Not to say DDT isn’t toxic. I’d seriously recommend against injesting it. It is a poison! I’d also recommend against injesting any bug-spray. The best they have now is “eggshell thining in birds” which basically means that they aren’t taking back the faked studies and “DDT is linked to …” which you can say about roughy any chemical, without evidence. Millions have died due to mosquito borne diseases, easily controlled by DDT.

Acid rain was proven by taking samples of “pristine Canadian lakes.” When those untouched lakes were shown to be acidic, huge and costly changes were made to coal plants. Oddly enough, those lakes are still acidic….turns out the minerals beneath the lake have sulfur in them. Yeah, the geologists making those measurements chose those lakes. It hasn’t been proven that they did so maliciously… but I expect they did. They knew the “Truth” as Ms. Carson did, and made their case the best way they could. by lying.

In the example above, areas of the mountainside are deforested. The mineral content of the soil contains toxins, including aluminum. In certain areas, when plants have depleted local soils, the mineral concentrations cause die-offs. Just because plants are “natural” doesn’t mean they don’t leach the soil or cause local habitat changes. This is taught to college students as “Acid Rain Damage,” though it would happen without the advent of coal-burning technology. The US has cheap-enough energy, but denying the rights of other countries to build coal-burning plants has left billions without power, living in primative conditions – dying without heat and light – when rich countries can afford it.

The ozone hole has been blamed on numerous things, but finally Chloroflourocarbons were singled out and banned. Has it made any difference? No. The chemistry they claimed caused this reaction (destroying ozone) can’t even be replicated in a lab. (Since their “proof” back 20 years ago, which can’t be duplicated today.) Maybe they didn’t know they were wrong when they got the ban instituted, they know now. But, they haven’t changed their stance. They would prefer to lie than be proved wrong. A few people die from heat effects every year, but it does happen, and the banning of cheap air-conditioning is largely to blame. 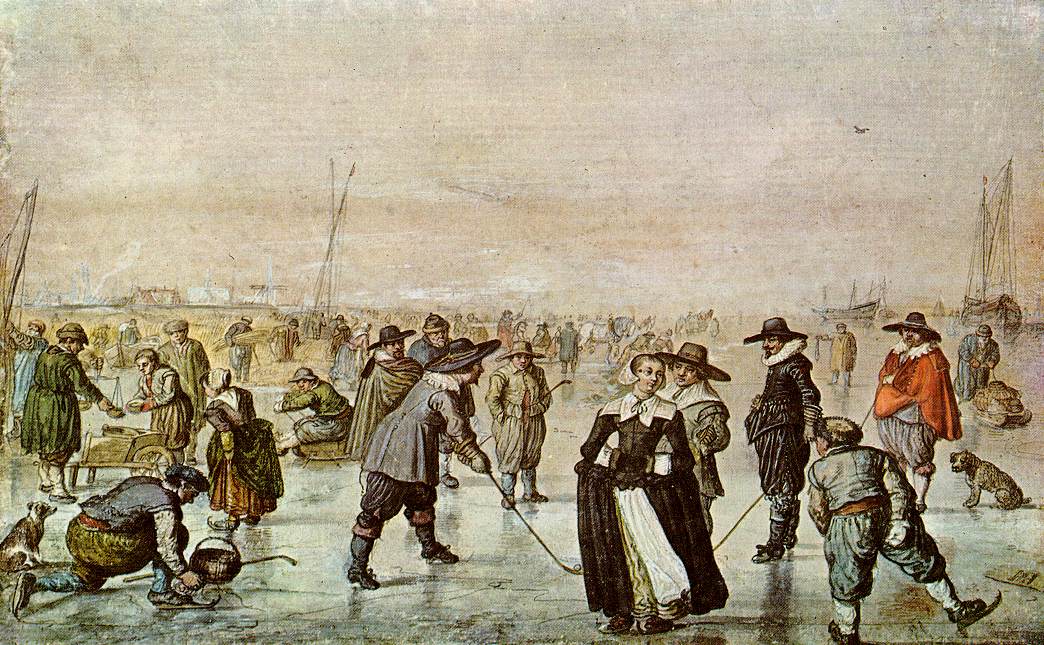 Global warming is just the latest environmental apocalypse that can only be averted by your money, your taxes. The scientists who generated these models know they are failing to predict anything. The slow cycles which cause periodic high and low temperatures across the Earth continue. There were year zero-ish and year 1000-ish warm periods. The current warm period should still get ~0.5 degrees C warmer to match the previous ones. Anyone with a mild acquaintance with history knows how cold the Elizabethan period was (the Thames froze) and how warm the Roman was. (England was a wine country for the Romans.) There was only one way they could square their global apocalypse with their own personal knowledge. by lying

Vote Socialist – They know whats good for you! (and they’re not afraid to lie about it.)

There are pictures from Fukushima circulating the net, including the following.

Ok, I car read the monitor and it says 0.100 micro Gray/hr. Feel free to tell me that it is 8.188 micro gray/hr… but I think that is just the sunshine on the old fashioned LED panel. I looked through the images and they show no radiation damage, no signs of exposure on any creature or object, just the signs of an abandoned city. Since the prefecture essentially declared war on the Fukushima reactor, I don’t trust any of their statements or reasons for keeping the people out of the area.

0.1 micro Gray per hour is an odd reading. Why? because if I set it up just about anywhere near the coast of Japan I’d expect a reading above 0.1 micro Gy/hr.  Is this an example of Dangerously High Measurement?  What do they expect, zero?

Look, cosmic rays, all by themselves, will generate something like 1/3 this dose. At sea level, maybe a bit less, but hard to say as it varies with the day of the week. The air and soil are easily good for 75% of this dose. This isn’t “HIGH” dose, this is “Laboratory conditions approximating zero” dose. I expect Fukushima groundwater isn’t safe to drink, I know that the workers at Fukushima have a lot of work to do containing a hot mess in their reactor pool, but this extended evacuation is political theater from a bunch of politicians who made bad decisions and want someone, anyone, else to pay for them.

What was the bad decision? The energy company had an agreement with the (lets call them State Level for us Americans) State level government. The State was supposed to deliver the emergency generator within three days to maintain reactor temperatures. During the emergency, the generators were diverted to someone else. The State has a lame excuse that they just couldn’t get them to the reactors, so they let other people use them. The owners complained to the Federal level. The State and Feds got into a hot argument about chain-of-command. The State then said that the actions of Fukushima broke their contract. Suddenly, the reactor is in real trouble and the state wants out of all responsibility. At this point, the politics gets messy. There have been elections, decisions, and retractions. Who the heck knows what will happen next.

But… The city isn’t radioactive. The Green party wants a death-toll to attach to nuclear reactors. So far, I kid you not, they have one death from a falling crane and a suicide. These must be the healthiest people in the entire world. I wish them health.

Penny-Arcade is one of my guilty pleasures. The humor is nearly entirely below the belt, to put it nicely. However, it speaks to a deeper truth today. Writing is hard. Bad writing is far easier, and … well… to be avoided. I sympathize with this fellow entirely.