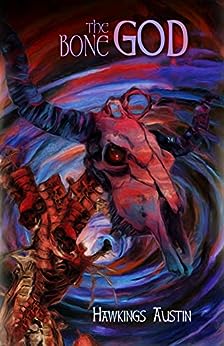 Three kingdoms…in search of a king.

Prince Bran of the Fomor intends to be that king. Through the power of his sorcery, he intends to ride to victory on a dragon, at the head of a Bolg army. He has wakened a god to destroy the city of Ard, and kill anyone who might stand against him.

Ard is near defenseless. The Daen, weakened by civil war, haven’t the army to stop him. The Ruad are ensnared by their own conspiracy to overthrow the Daen and rule Pywer.

Mistress Brea lives the quiet life in her library as judge in Ard, but she carries the iron sword of Daen kings, Answerer. Brea teams up with Piju, a journeyman whose magic nearly killed him in the past, and Waylaid, a giant with problems of his own, to defeat the Bone God.

In this sequel to The Broken Man, Pywer must face the power, and the failures, of prophecy.